Longines’ passion for equestrian sport dates back to 1878, when it produced a chronograph engraved with a jockey and his mount. Seen on the racetracks as early as 1881 and extremely popular among jockeys and horse-lovers, this model enabled its user to time performances to the seconds. It was already being used by most sport judges in New York in 1886. In addition, the brand was involved for the first time in the Concours Hippique International Officiel de Genève as timekeeper in 1926. 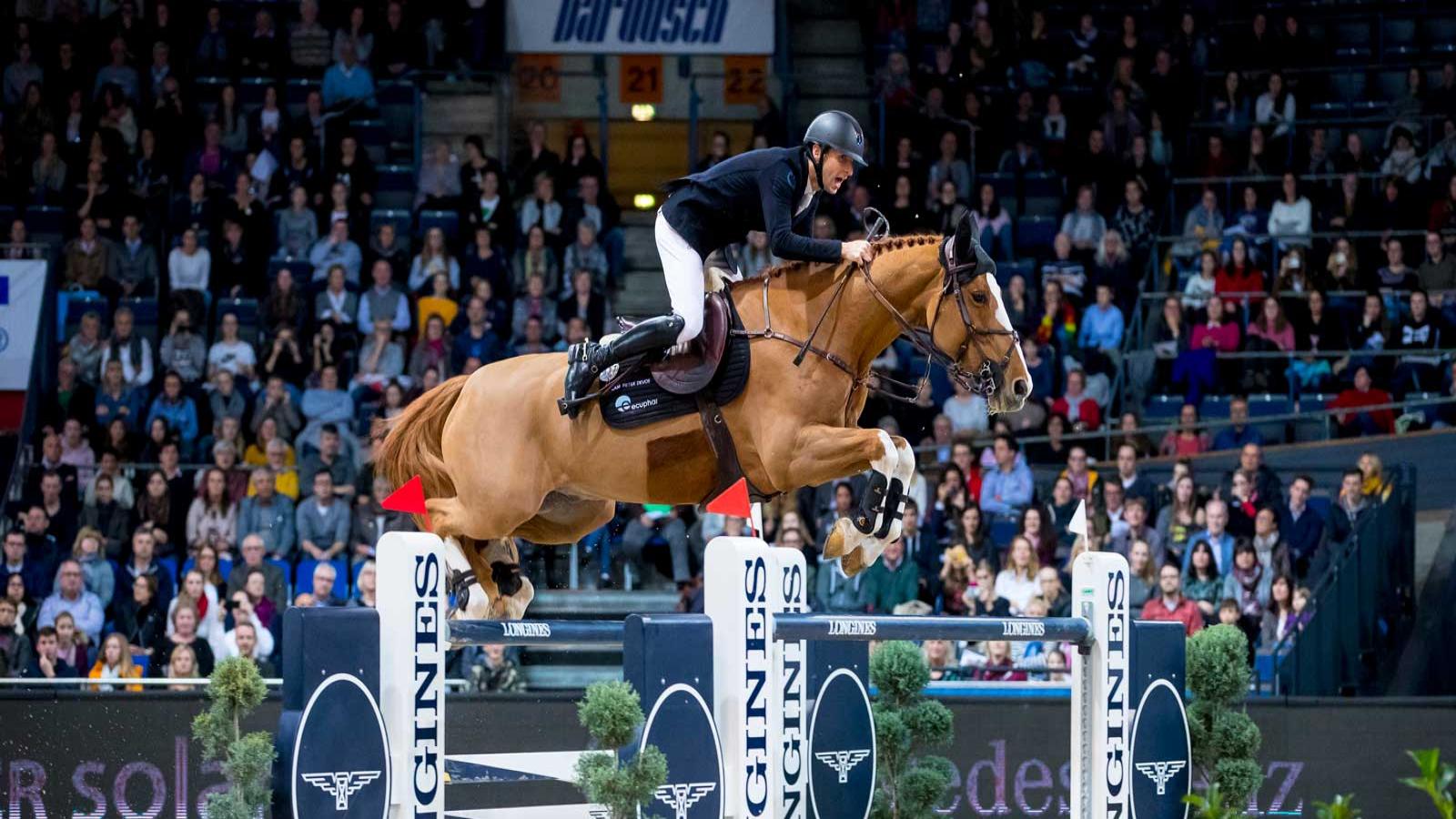 The brand is proud to be the title partner of the Longines Equestrian Beijing Masters and its Longines Grand Prix. Longines recently signed a historic agreement with the FEI (Fédération Equestre Internationale) and will be FEI’s first Top Partner as well as Official Timekeeper and Official Watch of the FEI. This partnership reinforces the traditional and long-lasting commitment of the Swiss watchmaker in equestrian sports and makes the brand a major player in this field. The partnership includes the Longines Rankings, the role of official timekeeper of the Furusiyya FEI Nations Cup™ and of the FEI World Equestrian Games™ in 2018 and 2022. Longines will also be title partner of the FEI World Cup™ Jumping. In addition, Longines provides its skilled timekeeping services and associates itself with top-level series and competitions such as the Global Champions Tour, the Longines Hong Kong Masters and the Gucci Paris Masters with the Longines Speed Challenge, The Emirates Longines Show Jumping League and the Athina Onassis Horse Show. In flat racing, Longines is official partner and timekeeper to numerous prestigious events around the world embracing. Alongside the Prix de Diane Longines, it is affiliated to other iconic races such as the Qatar Prix de l’Arc de Triomphe, the Dubai World Cup, Royal Ascot, the H.H. The Emir’s Trophy presented by Longines, the Longines Hong Kong International Races, the Longines Singapore Gold Cup, the Melbourne Cup Carnival, the Longines Handicap de las Americas, the Grand Prix Longines Lydia Tesio, the Longines Grosser Preis von Baden and the Kentucky Derby. Last but not least, Longines is a significant partner of endurance riding, with the renowned HH Sheikh Mohammed Bin Rashid Al Maktoum Endurance Cup presented by Longines and the Longines FEI World Endurance Championships where Longines is the title partner. The endurance competitions are truly a test of skill and stamina for both horses and riders.