Each main product line is based on a family member's passion, such as fabulous stones, vintage racing cars, unique jewellery pieces or the highest levels of precision and finishing details in Haute Horlogerie. Find Chopard Watches here in one of our four boutique retail locations in Beverly Hill, Hollywood, Miami and La Jolla (San Diego). Memory Of A Golden Age BEHIND THE SCENES   HAPPY DIAMONDS BY XAVIER DOLAN ________   Because Chopard is caught up in an endless love story wit ... 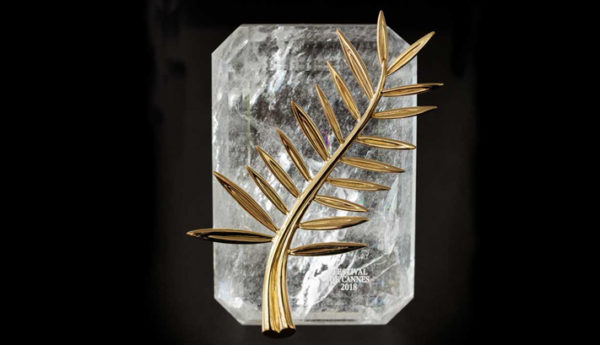 The Palme d’Or, Crafted by Chopard

Coveted by every film director on the planet, each year the Palme d’or honours the best film screened at the Cannes International Film Festival. R ...

How do I care for my Chopard watch or jewellery Item?

Please read the instruction manual and all the documentation received with your purchase carefully, as it will contain important information regarding the use and care of your Chopard product. Some important tips are:
– Avoid placing your watch near any object that gives off a magnetic field, such as TVs, speakers, even the magnet of a handbag, as this may have an effect on the precision of your watch.
– Always rinse your watch with clear water after being exposed to salt water.
– Do not manipulate the crown of your watch under water.
– Avoid extreme temperatures and sudden temperature changes.
– Avoid contact with acidic substances, perfumes or make-up products.

What should I do when my Chopard watch needs a service or repair?

Contact Chopard to receive a Repair Form and instructions on how to send your item to a Chopard service center for repair. Alternatively, you can bring your Chopard product to an official Chopard retailer. All are, without exception, authorised to take care of your item. They will contact Chopard on your behalf and will process the shipment of your piece to a Chopard service center.

What does the Chopard international warranty cover?

The Chopard international warranty covers all manufacturing defects which have occurred within 24 months for new purchases and 12 months for repairs. Chopard’s Independence allows it to support crafts with a glorious past that are a source of great pride today. Together with the impetus provided by the Scheufele Family, this support of its Artisans also drives a boundless Creative Audacity that sets the Maison apart. An audacity that has led Chopard to pave the way for a new vision of Ethical luxury. In 1963 he sought a buyer capable of reviving and perpetuating the brand’s rich heritage, since none of his sons wished to take over the company. This was when he met Karl Scheufele, descendant of a dynasty of watchmakers and jewelers from Pforzheim, Germany. After a brief meeting, Karl Scheufele decided to buy the company. Under the impetus of the Scheufele family, Chopard experienced spectacular development. Renowned for its creativity, its state-of-the-art technology and the excellence of its craftsmen, it became one of the leading names in the high-end watch and jewelry industry. Entirely independent, Chopard is pursuing a time-honoured family tradition.

It all began in 1860 in the small village of Sonvilier, Switzerland. Here Louis-Ulysse Chopard, a talented young craftsman, established his workshop. By virtue of their precision and reliability, his watches quickly gained a solid reputation among enthusiasts and found buyers as far afield as Eastern Europe, Russia and Scandinavia. In 1921, the founder’s son, Paul Louis Chopard, opened a branch in La Chaux-de-Fonds and then relocated the company headquarters there. In 1937, he moved the firm to Geneva, the capital of Haute Horlogerie, or Fine Watchmaking, thereby bringing it closer to its cosmopolitan clientele. In 1943, Paul André Chopard, grandson of Louis-Ulysse, took the helm. For a 4th consecutive edition, Chopard will proudly serve as the “Official Timekeeper” of the 31st annual California Mille which will run from Apr ... The Sound of Eternity   The perfect acoustics of Chopard chiming watches   To mark the 25th anniversary of the L.U.C collection, Chopar ... 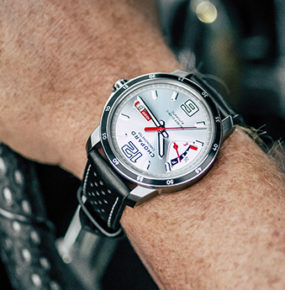 Chopard presents a limited edition of its iconic Mille Miglia timepiece in honor of its partnership with the annual Luftgekühlt   A great love ...