URWERK will unveil the last edition of its iconic UR-210 on June 17, so now is the ideal time to highlight the seven features that have made the UR-210 so special: 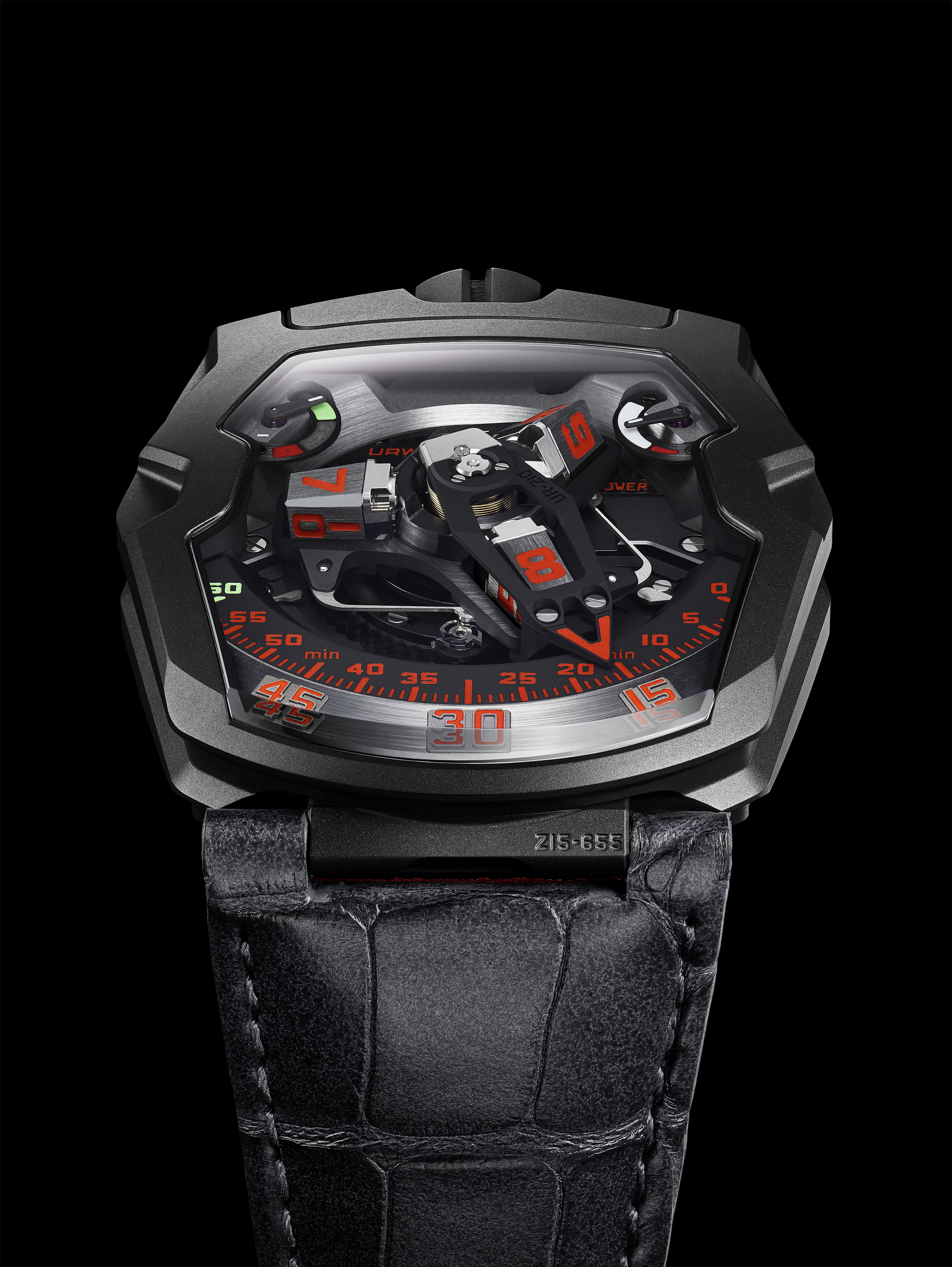 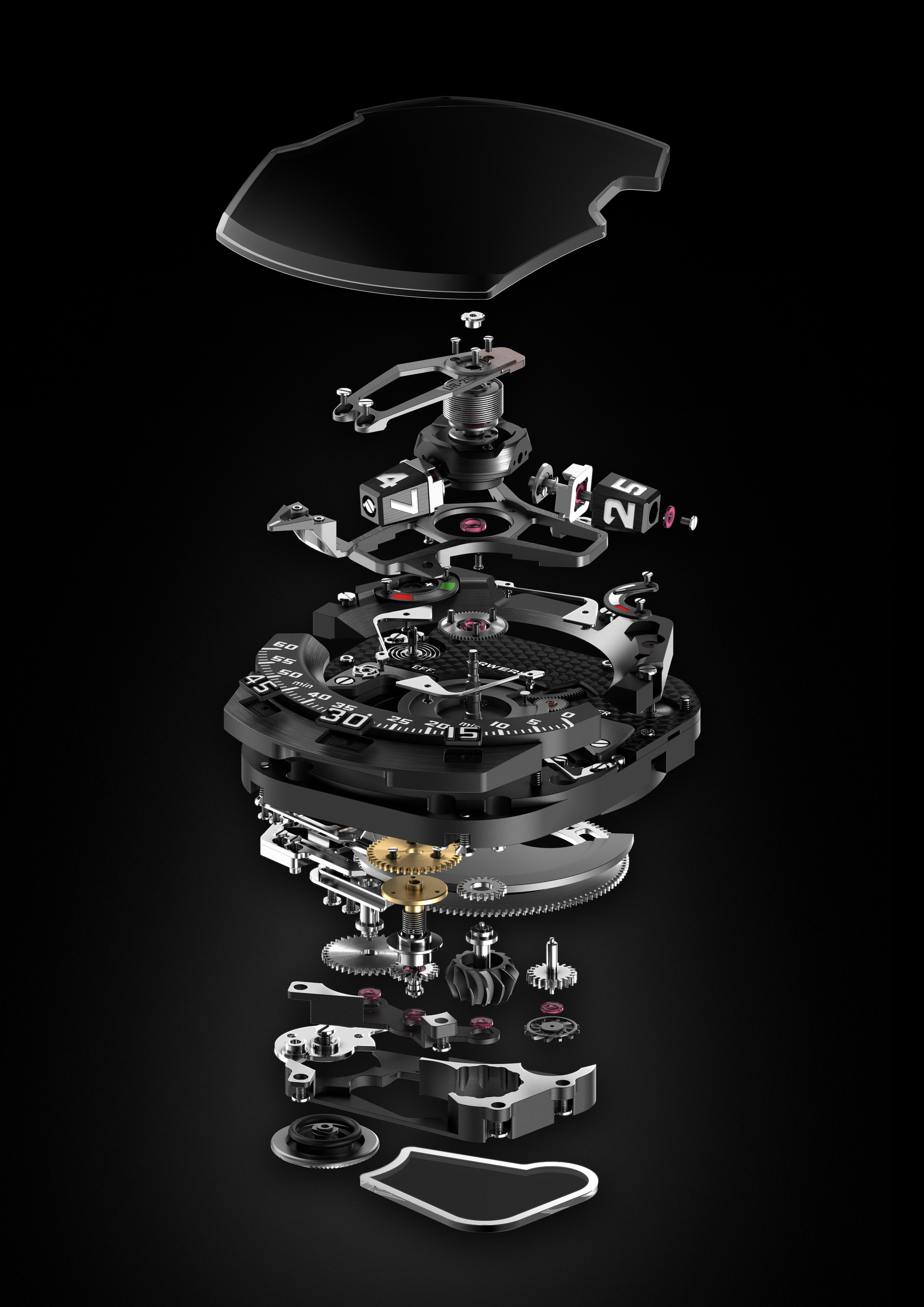 The UR-210 features an entirely new type of automatic winding efficiency indication that has been granted a patent. It indicates whether the user has generated enough power over the last two hours of use to keep the UR-210’s mainspring sufficiently wound. It is a very personal indication that changes with the wearer’s actions. The more you move, the more your watch displays appreciation by indicating green. This is a sentimental indication between the wearer and their watch. "I like the idea of ​​a fusional interaction between an owner and their watch. The UR-210 displays the time, provides a visual spectacle of its operation, and helps its wearer learn a little more about themselves: it’s a pedometer for the wrist." Martin Frei

It is thanks to the UR-210 that URWERK has been able to refine and perfect our turbine regulation automatic winding system.  The goal was to offer as much user control as possible by being able to select and refine the winding mode. "I started my career in the after-sales service of major watch brands and had to deal with recurring problems caused by the premature wear components, so we developed a system that minimized the problem. The turbines on the UR-210 are inspired by the regulators used in grande sonnerie movements." Felix Baumgartner 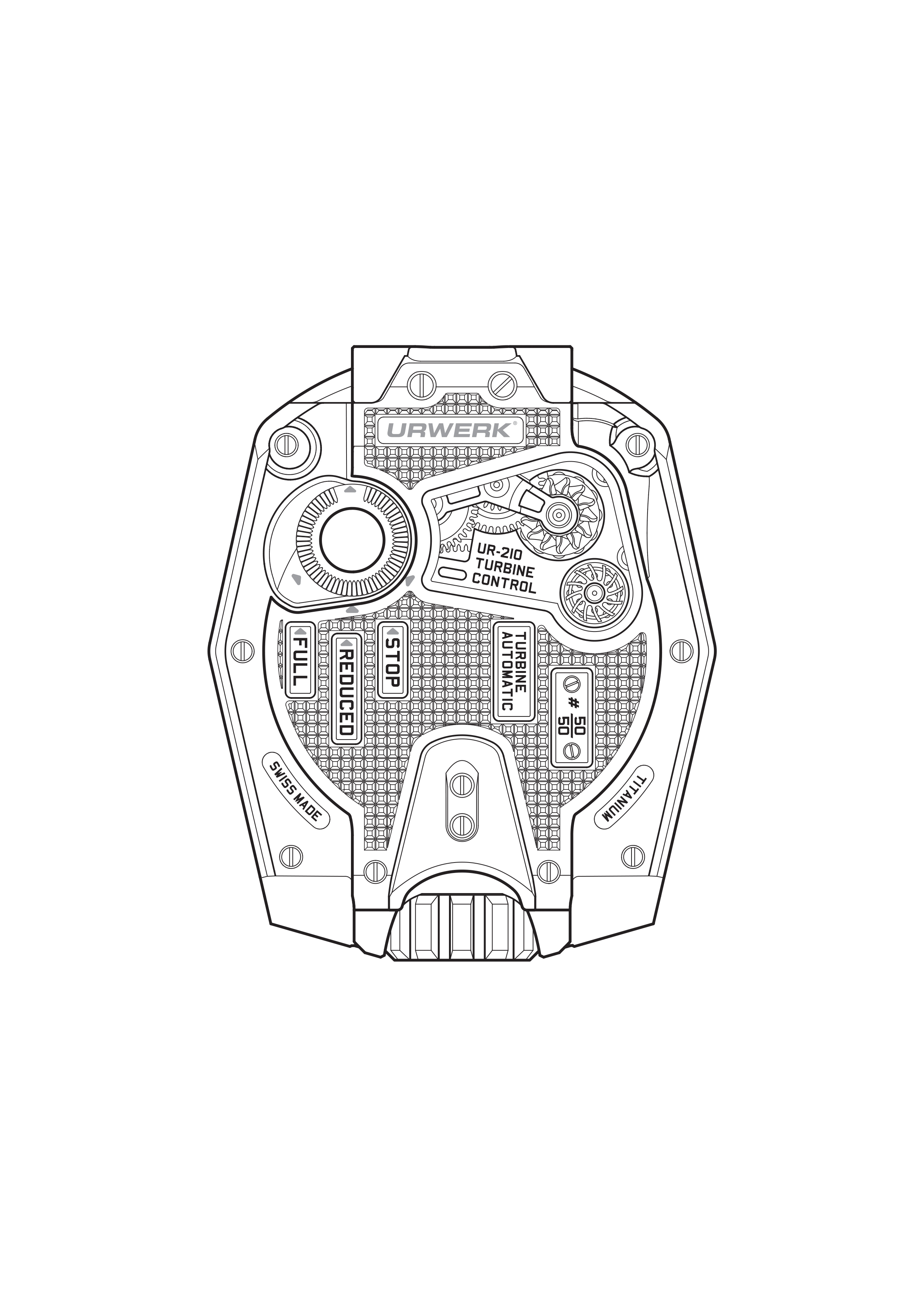 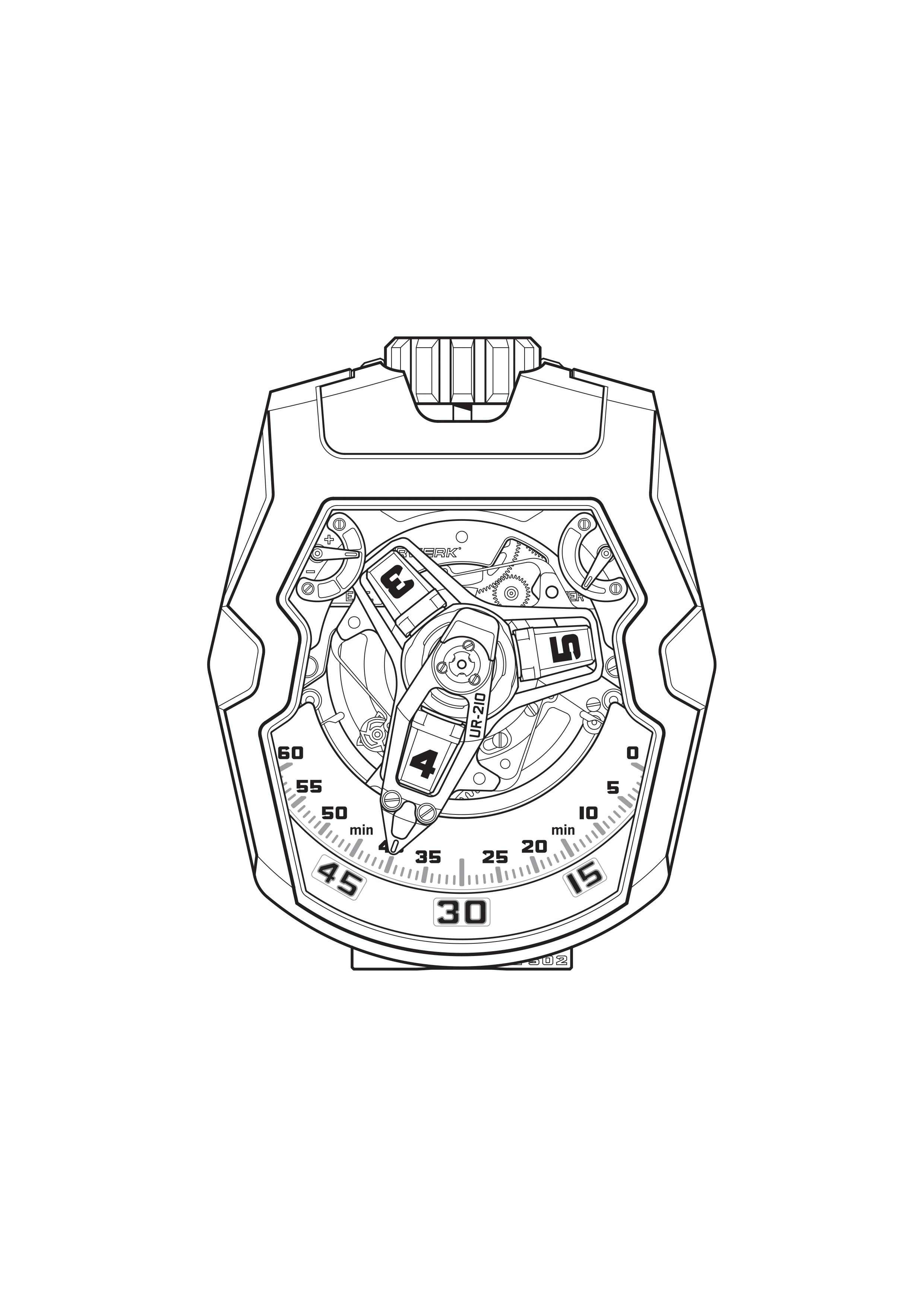 "I had an early prototype of the UR-210 in my pocket during Baselworld 2012 and had not yet presented it to anyone, partly superstition but mainly because we wanted to finalize it before submitting it for review. Philippe Dufour visited our booth, and as a true watch lover he never misses the opportunity visit colleagues and is happy to give advice. So Mr. Dufour was the first to see a working prototype of the UR-210 and, despite URWERK’s avant-gard style being the complete opposite of his, he liked it! Mr. Dufour’s approval comforted us in our approach. Since then, we have been fortunate to see the UR-210 on the wrist of celebrities, including Ralph Lauren and Michael Jordan, But the emotion of Mr. Dufour with our ‘UFO’ on his wrist remains one of my most beautiful memories." Felix Baumgartner